Everything about betting on Team OG

OG is a European esports organization, best known for its Dota 2 team that won the 2018 and 2019 Internationals. They also have feature in other esport competitions, including Counter-Strike: Global Offensive and Valorant. Team OG is one of the esports world's favorite teams with an estimated of $34,921,062 earnings (in 2022 March).

The team has players from all around the world, and they are sponsored by BMW, Red Bull, SteelSeries, Secretlab and Wintermute. 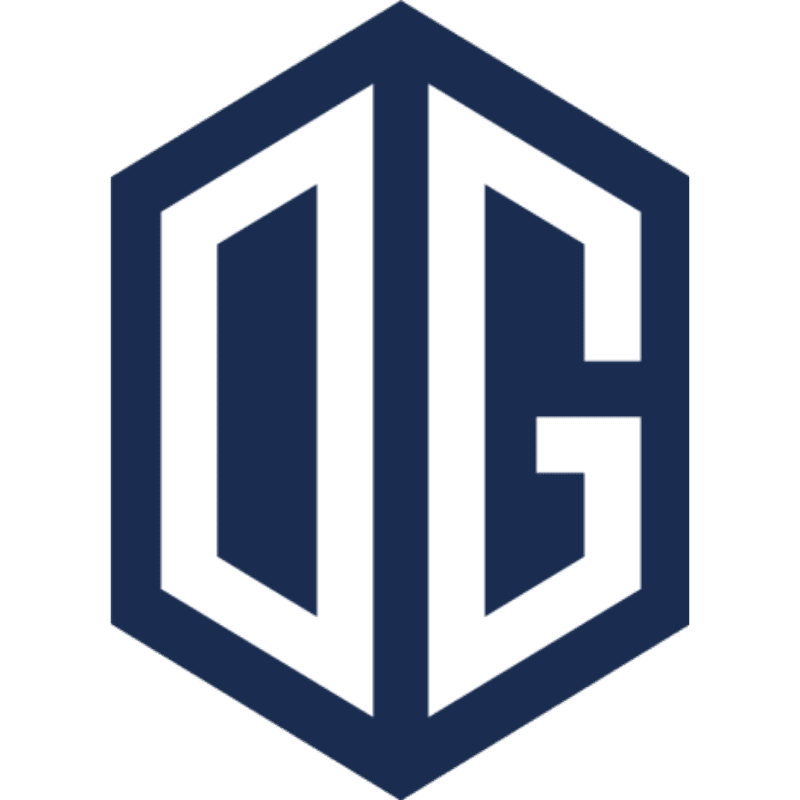 Team OG arose from the ashes of an obscure team known as (Monkey) Business. The team's founders, Tal Aizik (Fly) and Johan Sundstein (N0tail) met while playing Heroes of Newerth. They eventually joined a Dota 2 team, Fnatic. Having switched teams without success for long, they decided to change strategy. In August 2015, they formed a new team by the name (monkey) Business, thinking they would use it as the vehicle to success in the eSports world.

Two months later, that team was disbanded for lack of results. Little did the Tal and Johan know this was the beginning of their legendary Team OG. The duo believed that if the team stayed together long enough, nothing would be too hard for them to win. This was the principle on which the group was founded. And yes, this strategy may work on paper, but it is nearly impossible in practice- for most people, that is. However, this was not so for these legendary eSports stars.

The rise of the giant

This occurred during the 2015/2016 season. Team OG achieved a feat other teams could only dream of in their first season. During that season, they were first in DreamLeague Season 4 and won the Frankfurt Major 2015. After this success, the team stagnated for a few months but came out strong to lift the DreamLeague Season 5 title and the Manila Major 2016 and ESL Frankfurt 2016.

Consequently, OG qualified for The International 2016, a tournament in which they were widely regarded as the favorites. However, they did not win the tournament and were eliminated after two losses.

Having become unhappy with the result, OG had to change the roster. Miracle-, Cr1t, MoonMeander were replaced by Anathan "ana" Pham, Jesse "Jerax" Vainikka, and Gustav "s4" Magnusson.

Sumail left the team in July 2020, and Ceb took his place. MidOne left the roster in March 2021, and Ana returned briefly before announcing his retirement in June. The team would quickly resign Sumail and qualify for The International 2021 but lost 2-0 to eventual champions, Team Spirit, in the lower bracket. In November 2021, Sumail and Saksa left, while Ceb retire. Popson and N0tail left the active roster to pursue other interests.

In November 2021, OG announced a new roster featuring the following:

Team OG has registered its presence in multiple esports games. Here are the team's strongest games.

As previously stated, OG Esports has had impressive success in Dota 2 competition since its debut. They are the first team to win a whopping four Dota 2 Valve majors. And, it is the only team to have won the Dota 2 World Championship twice. Yes, Team OG's achievements in Dota 2 tournaments are yet to be matched.

OG Esports joined CS: GO in December 2019 with Mantuu, NBK-, Valde, and Aleksib on their roster. The current roster includes FlameZ, n
Niko, Mantuu, Aleksib, and Valde. While Team OG has not been as successful in this game as in Dota 2, their achievements (as you will see later in this post) in CS: GO so far are still impressive.

OG's Valorant debut came in February 2021, with uNKOE, TviQ, OniBy, aKm, and Elllement on their roster. The team has only played in a few Valorant tournaments so far. Fans would be keeping their fingers crossed for bigger achievements in this game.

Why is Team OG popular?

OG Esports is a top and famous esport team, considering that it has won more Dota 2 tournaments than any other team. As mentioned earlier, they are the only team to win two Major Dota 2 Championships in a row. Their recent CS: GO, and Valorant teams have not achieved much, but their rosters are promising. Now, such a successful team would be popular among bettors. But what other factors make it one of the most popular eSports teams for betting?

A Wide range of betting markets

Among the esports betting markets available at Team OG esports betting sites are total maps, over/under, handicap bet, first map, map winner, outright winner, to mention but a few. Punters like it when they place their money where they want.

Punters will always find bonuses at some of the best OG esports betting sites. These offers provide extra funds to get bettors started and keep them playing, increasing their odds of winning.

No Dota 2 team holds such legendary status as Dota 2. The team has seen many highs, including winning two official Valve events in Dota 2 and winning Frankfurt and the Manila Major in 2016. After being eliminated from the 2016 International and managing only 9-12th in the Shanghai Major, OG went on to win the 2016 Boston Major and emerged 2nd in The Summit 6. In their own words, Reddit claimed that Team OG is the 'Kings of Dota.'

While the success achieved by this team may be matched or even surpassed by other eSports teams in the days to come, Team OG's place in the history of esports will forever be intact. Yes, the team might have had its difficulties, changing the roster now and then, but that was done only to ensure success. So, what results has this team achieved so far (as of 2022)? Well, we will focus on two esport games: Dota 2 and Counter-Strike: Global Offensive (CS: GO).

That's a staggering amount of money, especially if a team wins in quick succession. August 2017 was yet another moment for the team to hit a massive prize pool of $617,198 during The International, even though the team did not come out on top. However, the following two years would come with big money winnings, including $11,234,158 (The International 2018) and $15,620,181 (The International 2019).

Here is a recap of their recent successes.

Best and most popular players of Team OG

N0tail is a popular Dota personality known for his in-game shot-calling and handling micro-intensive heroes. He is a founding member of Team OG, one of the best esports teams ever, with many achievements under his belt. From forming super teams and last-minute rosters to winning Majors and Aegis, the Dane has done and succeeded at almost everything there is to do.

He first burst onto the scene in 2015 and established himself as one of the world's best mid-players before making history at The International the same year. He helped Evile Geniuses win TI 2015 at the age of 16, becoming not only the tournament's youngest winner but also the first esports player to earn $1 million.

Finn joined OG in 2018. At that time, he'd never been on a salaried top-level team and had only limited LANs experience. To many people's surprise, he got his chance to play on the biggest stage of them all, and he proved he deserved to be there. He had already won two titles in two years: TI8 and TI9. He has since earned a cult following of fans. Topias picks some of the most difficult heroes to play and makes it look easy. This is not surprising given that he started playing Dota at the tender age of eight.

Where and how to bet on Team OG?

Betting on Team OG can be fun and profitable, given that the team is always a favorite, especially in Dota 2 tournaments. However, it takes time and research to place good bets.

It all starts with choosing the right bookmaker. Before placing real-money bets, ensure the platform is well regulated and licensed. Also, compare the odds on several esports bookies to get the best deals. Some of the best OG betting sites include Rivalry, Pinnacle, Luckbox, GG.Bet, and Lootbet. Here you will find various payment options, reliable customer support, generous bonuses, and competitive odds.

Statistics of esport teams are affected by an array of factors, including the recent form and current team roster. Knowing these stats will help you develop a good betting strategy and identify the best betting opportunities. Find this data at esports prediction sites, such as Esports Charts and HLTV.

It's best to set a budget for your gambling and stick to it. It would also help if you only bet amounts you can afford to lose. This strategy will help you to know when to stop gambling, whether you're ahead of the bookie or not.