Everything about betting on Fnatic

Team Fnatic, also known as FNC, is a professional esports outfit. It is ranked as one of the best esports teams in competitive electronic sports betting history. The organization has grown exponentially in the last few years, earning a spot among the most popular esport teams list. Besides its popularity in events, Fnatic is a favorite among esports betting enthusiasts. The brand also boasts a line of professional gaming gear, including keyboards, mice, headphones, pads, and more.

Team Fnatic was started back in 2004 by an Aussie esports entrepreneur, Sam Mathews, with his mother backing, Ann Mathews. Headquartered in London, the team also has bases in Berlin, Taiwan, Kuala Lumpur, Belgrade, and Tokyo. 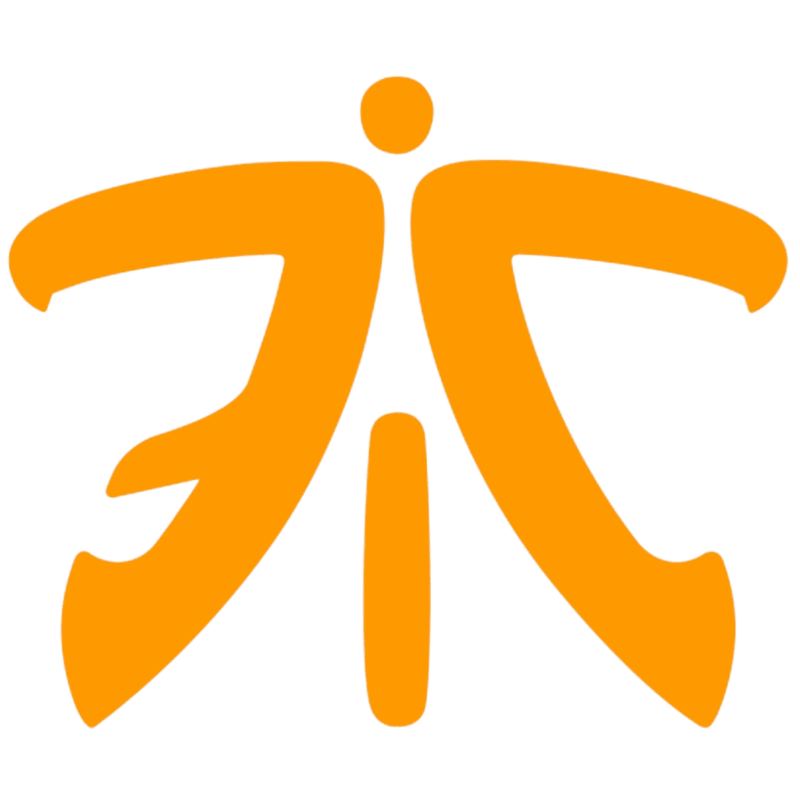 The company is headed by Sam Mathews as the board chairman, while Wouter Sleijffers is the CEO. On the other hand, former Fnatic CS: GO star Patrik "cArn" Sättermon became the Chief Gaming Officer in 2012.

Over the years, Team Fnatic has leveraged its strategic partnerships to push its brand by creating eSports legends, eSports pro gear, and cementing an eSports culture globally. The company has partnered with other top brands, including AMD, Hisense, OnePlus, Twitch, BMW, LeTou, PCSpecialist, Monster Energy, and Jack Link's. Previously, FNC has also been sponsored by SteelSeries and even MSI.

While it started as a tiny brand over two decades ago, Team Fnatic is one of the most valuable esports teams. A 2020 report on Forbes estimated its worth to be in the region of $120 million, generating approximately $16 million annually.

Today, Team Fnatic is a multi-division eSports team that participates in over seven divisions. So far, the organization has made over $17 million and holds the record for the 3rd most-watched western esports team in 2020. With over 33 million followers on social media, Team Fnatic is a famous esport team and definitely, a force to reckon.

FNC got into active eSports in 2006 after acquiring a World of Warcraft (WoW) team. The roster included Vo0, TooGood, and Ztrider, three of the best players at the time. The trio excelled in all top-tier competitions and bagged three titles. In the following year, Fnatic assembled a DotA team and quickly rose to be one of the fastest-growing eSports brands by adding several other top-rated esports divisions.

Above are the active rosters at the moment. In the past, the esports organization had rosters for Clash Royale, Smite, ShootMania Storm, PUBG, and Heroes of the Storm.

Why is team Fnatic popular in esports betting?

Esports betting is one of the fastest-growing markets in the online gambling landscape. The same way top-rated soccer teams like Bayern Munich and Manchester City are favorites in soccer betting is the same way Teal Fnatic is popular in the esports betting realms.

The main reason most punters like betting on Team Fnatic is because it hardly disappoints. This is one of the most successful esports organizations in history. Interestingly, Fat Company was named the Most Innovative Gaming Company of 2021. Bettors are looking for the top teams that can rake in the profits; Team Fnatic is such a company.

Team Fnatic is a multi-division eSports team, so it caters to all esports betting enthusiasts, whether they are into strategy games, shooter games, or sports simulation. The team also participates in all the competitive tournaments, including the top tier events, so players have plenty of betting markets.

Besides the dominance in eSports and the fact that it is a multi-division team, the huge sponsorships have also played a part in the exponential growth in Team Fnatic's popularity on the best esports betting sites. In 2015, Team FNC partnered with renowned bookmaker Dafabet in a multi-year deal. This partnership pushed Fnatic to the huge Dafabet player base.

Fnatic also has plenty of data to help players gauge the team's strength. All the results of the recent tournaments are displayed on the team's official website.

As one of the top esports teams, Team Fnatic attracts only the best players. The team is ever busy in the transfers, raiding other teams to fetch new talent. Today, Team Fnatic has several players that have left a mark in the esports industry.

Below are some of the best Fnatic players to watch.

Established back in 2004, FNC is among the oldest eSports teams. It has participated in over 990 tournaments, earning over $17 million as of February 2022. Throughout the journey of Team Fnatic, the team has bagged several top titles and set new records.

One of FNC's biggest achievements came with the League of Legends team, which boasts 7 LEC titles in the trophy cabinet. The team won the Season 1 Championship beating teams like Against All Authority, Team SoloMid, and Epik Gamer to walk away with the $50,000 prize money.

Fnatic has also been dominant in CS: GO, bagging 3 Global Offensive Majors. The first came in during Dreamhack Winter 2013. FNC edged out Ninjas in Pyjamas to go home with the $100,000 prize money in this finals. The second Majors came in during the ESL One Katowice 2015, the fifth Majors, held in Katowice, Poland. Fnatic again dismissed Ninjas in Pyjamas in the finals to take home the $100,000 kitty in this tournament. Team Fnatic went ahead to win the ESL One Cologne 2015 in Cologne, Germany, by beating Team EnVyUs.

Fnatic is also a household name in Tom Clancy's Rainbow Six Siege with two prestigious titles. The first one is the Six Masters 2018 held in Australia. Team Fnatic beat NORA-Rengo 2-1 in the three maps, winning $10,636.34 while the runners-up went home with $4,254.56. Another remarkable victory came during Six Masters 2019 when the team floored 0RGL3SS to claim the $13,473.39 prize money.

Team Fnatic is also a bigwig in FIFA. The team's marksman "Tekkz" won the eChampions League 2020 Invitational. He holds several other titles, including FIFA Global Series Rankings 2020 - Xbox One and FUT 20 Champions Cup Stage I - Finals.

How to bet on Fnatic?

Indeed, Fnatic is one of the most successful eSports teams and the best to bet on. But then, there are a few things to be aware of before getting started.

The first thing to do is look for a betting site with esports betting markets on all Team Fnatic's divisions. Once players find an eSports betting site, the next thing is to check whether or not it has a valid license. Most bookies will display their licensing information at the website or app's footer. Another consideration is the betting markets and odds. Punters should make sure the particular eSports they want to bet on is available in the bookie's game selection. The odds should also be favorable on odds comparators. Last, assess the available deposit and withdrawal methods.

The last pro tip is to carefully follow Team Fnatic to know which teams it is best in at that particular moment. Punters can be better positioned to make informed betting decisions with this knowledge. The Fnatic website is a great resource to learn about the latest Team Fnatic results in each division.

ZETA Division secured the final Valorant Champions Tour Masters Reykjavik playoff slot with a crucial two-to-one victory over Ninjas in Pyjamas. Both teams entered the elimination match with a one-one record in the group stage, winning against Fnatic and losing to DRX.