Age of Empires is an award-winning series of real-time strategy (RTS) video games released over a span of over two decades. This exceptional historical RTS has won the hearts of millions of gaming enthusiasts, including those into esports betting. The list of Age of Empires lovers is long, and it continues to grow. This could be explained by its superb features, including fascinating historical themes, lots of civilizations, genuine gameplay, and epic graphics.

Interestingly, the series' artificial intelligence (AI) players' capabilities are somewhat limited, so they don't have the edge over human players. This delivers fair play, which most of the latter like. 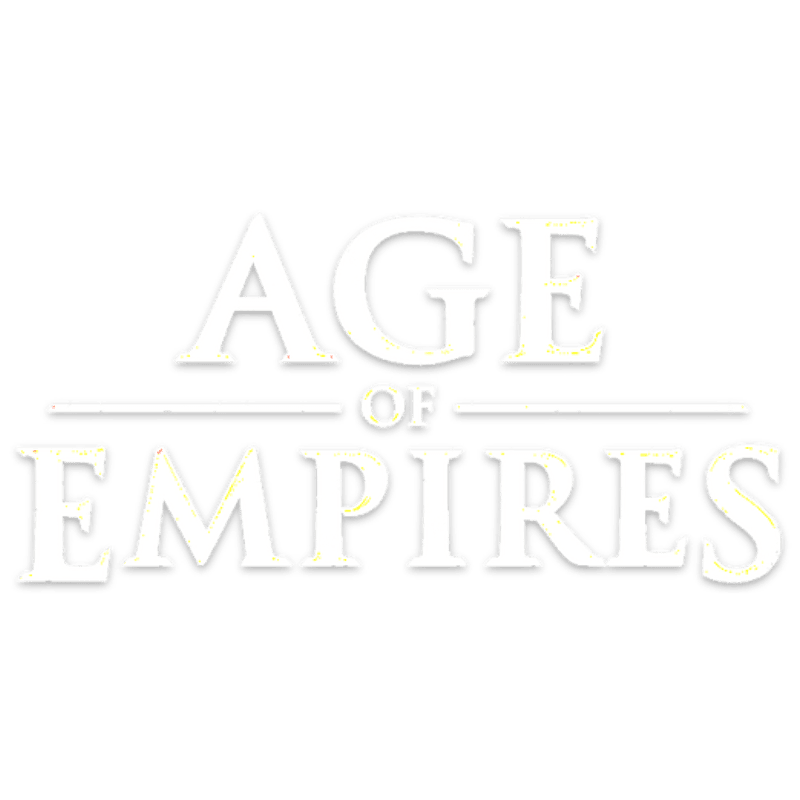 All about the Age of Empires series through the years

As of writing (January 2022), Age of Empires comes with nine games. Check out its main PC-exclusive titles:

This was the first Age of Empires game that Ensemble Studios released in 1997. Xbox Game Studios published this title, which leverages the Genie game engine. There weren't many RTS games available back then, and this was the first one with a historical theme.

GameSpot, popularly known for its comprehensive game reviews, defined Age of Empires as a combination of Blizzard Entertainment's Warcraft: Orcs & Humans and Sid Meier's Civilization. But this American video game website also described its design as somewhat confused. Despite this and other negative reviews from critics, this game was well-received, selling more than three million units in three years.

Like the first Age of Empires title, Age of Empires II: The Age of Kings leverages the Genie game engine. These titles' gameplays are also similar. But, unlike its predecessor that offers twelve civilizations for gamers to choose from, Age of Kings avails thirteen of them from the Middle East, Asia, and Europe.

2000 saw the release of the Age of Kings' expansion, The Conquerors. Most gamers were impressed that it came with additional new features, including five more civilizations.

This is the third main installment of the AoE series. Age of Empires III boasts a plethora of new features, such as home cities, to provide players with resources and upgrades. The WarChiefs, this game's first expansion, was introduced to the gaming world in 2006. In 2007, Microsoft Game Studios released its second expansion, The Asian Dynasties.

Relic Entertainment collaborated with World's Edge to develop Age of Empires IV, initially released in late October 2021. It shares several features with Age of Empires II. MobileSyrup, a Canadian bookie reviewing various tech products, even described this title as the latter, but with a new coat of paint.

It's also noteworthy that Age of Empires also has these spin-off games:

Age of Empires Betting 2023: everything you need to know

Most video games enthusiasts like to indulge in Age of Empires betting. These include businesses looking to maximize their profits. However, it's not all about material gain. A large portion of the parties participating in this activity is mesmerized by the excitement it offers.

Besides, Age of Empires esport betting is conveniently simple. To begin with, punters are required to identify a bookie with the unique combination of features they're searching for. Then, they have to fund their gambling accounts to bet on their preferred AoE team or players. It's that easy!

As tons of experienced punters have already noticed, betting on Age of Empires is similar to wagering on many other sporting events. Gamblers are presented with many matches to choose from. What's even more appealing is there's a large pool of eSport betting sites available, all providing different markets for them.

It's essential to learn the basic terms used in AoE betting to avoid reckless miscalculations. For example, placing the moneyline bet requires gamblers to predict the team likely to win a particular event. If one doesn't comprehend this in the first place, it might be tricky to punt on this legendary esport.

Why is Age of Empires popular?

Doubtlessly, this esport game has one of the largest fanbases globally. Why can't esports lovers get enough of this strategy video game series? The following are the top reasons.

The Age of Empires virtual community is broad, and it comprises gamers from every part of the globe. These individuals don't just bond over their love for this esports title. They also enlighten each other about an array of topics, including:

The ease of playing Age of Empires is another factor that continues to grab the attention of gamers passionate about esports. One doesn't even need years of experience to enjoy playing this game online, at home, on the go, or at any other suitable location.

How to play Age of Empires

Some players prefer Age of Empires to other video games because it's effortless to meet its system requirements and relish various titles. These include a 64-bit processor, 8 GB RAM (memory), and NVIDIA® GeForce® GT 420 (graphics). Note that these are not fixed; plus, they may vary from one Age of Empires installment to another.

Biggest Age of Empires players and teams to bet on

Prominent Age of Empires players have also contributed to the popularity of this video game series. More often than not, younger players look up to them. They play this game often to improve their skills and hopefully be as good as the gamers they admire.

Most of today's AoE skilled players have fans who follow each match they play. In addition, they back these gamers' teams and encourage their friends to jump on the bandwagon. This has massively increased the acceptance of this RTS on a global scale.

Is there any Age of Empires championships?

Yes. There are various Age of Empires global tournaments where players and teams contend against each other to win a particular amount. In most cases, the prize pool is shared among the participating teams but in a pre-determined ratio. Since this video game series has various titles, other tournament features vary.

Notably, various jurisdictions participate in Age of Empires world championships. These include the United Kingdom, Canada, Finland, Austria, the United States, Turkey, France, Netherlands, Australia, Germany, and Poland. As expected, players and teams competing in these tournaments invest a lot of time in prepping for them to beat their opponents and make their countries proud.

There are also AoE tournaments for Age of Empires IV which are definitely worth to bet on:

Punters can bet on AoE at the countless online esports betting websites available. But it's always a fantastic idea to first review the features of a bookie before choosing it. Check out some of the questions everyone should answer before registering with a platform to wager on this video game series:

Getting good-enough answers to these queries is critical because it determines whether a punter has fantastic Age of Empires betting experiences or awful ones. As they browse the internet searching for the best Age of Empires providers, here are some top-tier options they can give some thought to:

Follow the best Age of Empires teams to bet accurately

If a punter wants to bet on Age of Empires, they should find out this video game's best teams and their recent performances. This could help them in their betting journey by making predicting favorites and underdogs easier.

Here are some notable Age of Empires teams worth following:

This team is known for competing in Age of Empires II tournaments, its first one being Into the Darkness (2016), which it won. Back then, Aftermath comprised MbL, Liereyy, and Hearttt, but Hera and Nicov are also part of this squad now.

This German esports organization was established in 2017. Though most people know it for fielding rosters in League of Legends, it also has a great AoE team.

Initially founded by All, KoolPixel, and Binh, Vietnam Legends has been participating in Age of Empires tournaments for almost two decades. As of January 2022, this team's active squad comprised ACCM, SongSong, CooL, saymyname, and BadBoy.

This team was founded by Finnish Age of Empires II players who desired to compete in this title's tournaments together. Its active players are Jupe, TheMax, Villese, Rubenstock and Zuppi.

Most punters contemplating beginning their Age of Empires betting or playing journey want to know what's in it for them. Well, these are the pros and cons to expect.

In eSport games such as Age of Empires, odds represent the likelihood of a particular result. This could be like a specific team winning a tournament or a player beating another.

They help bettors calculate their possible returns after wagering on various Age of Empires matches. Typically, they differ from one bookie to another, and they can come in various formats. Punters should understand them to distinguish favorites from underdogs and place the most reasonable bets.

Below are the most popular types of AoE odds bookmakers provide:

Age of Empires bettors can leverage a few practical strategies to enjoy wagering on this eSport. One may begin by selecting only the best video game betting site accepting gamblers from their country. Ideally, the bookie they pick should also come with a mobile-friendly site, diverse payment options, forthcoming customer service agents, and convenient betting odds.

Another handy Age of Empires betting tip is researching this game before placing bets. Punters should check out upcoming tournaments and the teams/players participating to identify the best betting opportunities.

Amateurs shouldn't think twice about consulting professional AoE bettors; they might learn a thing or two about how to win.